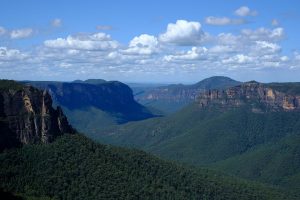 Factually, in the Blue Mountains west of Sydney there are some of the largest trees in the world. As a rule, these trees such as the Blue Gum tree have extremely powerful roots. When you look up at the size of the branches of one of these types of trees. Essentially, that’s what the roots may look like underneath the ground.

As a rule, Blue Mountain residents face battles with trees like this when it comes to broken plumbing pipes. In essence, tree roots are one of the major causes in Blue Mountains for these types of plumbing issues. For that reason, modern pipe relining techniques should be applied. In the same way, fixing broken or blocked plumbing pipes is now a much easier process in recent days.

Why do Trees Cause Broken Plumbing Pipes?

As mentioned, trees will enter pipes in the Blue Mountains and cause damage and inconvenience. Commonly, due to corrosion plumbing pipes will have tiny holes which leak water. Therefore, powerful tree roots will sense the water source and cause much more damage to the plumbing pipe. In similar manner, causing the plumbing system simply not to work.

For that reason, we will advise in getting the problem fixed asap as many Blue Mountain residents use grease traps and other sewer systems. In our experience, we have witnessed complete sewer systems collapse due to tree roots.

To illustrate, ACE Pipe Relining Blue Mountains are professionals when it comes to fixing broken or blocked pipes. First a minimal hole is dug to get access to the plumbing system. Second, we pinpoint the damaged pipe by using Hi-Tech CCTV camera options to see where the problem is. Similarly, this is like keyhole surgery performed in many areas of the medical world.

Next, we use high pressure water to blow out anything that may be causing the issue. For example, stones, branches, leaves, dead animals and anything else that may cause a problem. Basically, if the jet blasting does not resolve the issue then the plumbing pipe. Essentially, has either a cracked or broken piece of plumbing pipe.

Meaning, we as experts should engage in modern pipe relining techniques. Additionally, we will investigate further with our CCTV to identify the damaged area. Furthermore, flexible tube is the placed into the plumbing system. In addition, a special epoxy resin is applied to the cracked or broken plumbing pipe. Lastly, a specialized balloon is used to compress the epoxy resin to fill the problem.

What Guarantees Do We Offer? Pipe Relining Blue Mountains

In conclusion, 3-4 hours later your epoxy resin will be dry, and your plumbing system will be working again.

Critically, our work is guaranteed for 35 years. As stated, modern pipe relining has come a long way from days gone by.

What Equipment Do We Use? Pipe Relining Blue Mountains

In the past, when a Blue Mountain resident had an issue with blocked or broken plumbing pipes. Fundamentally, this was a messy and expensive process to eradicate and rectify the plumbing issues. Likewise, you could expect to have your yard dug up looking for the culprit piece of pipe. For that reason, you could expect to charged large fees on top of it due to labour. Nowadays, trenchless plumbing is used to find the solution.

For this reason, ACE Pipe Relining Blue Mountains uses the Brawoliner system. In essence, the German manufacturer completely changed how pipe relining is carried out worldwide. Most importantly, be reassured that we are professionals and always use best equipment available. Also, you can expect down to earth, friendly professionalism when using us to fix your plumbing pipes.

How to Contact Our Company – Pipe Relining Blue Mountains

In summary, for pipe relining Blue Mountains contact the best available company. That is to say, ACE Pipe Relining has your back and will find the solution for any broken plumbing pipe issues.

Simply call us 24/7 on 1300 661 612 or check out our reviews on Google My Business. Also, find us on Facebook actively with the posts for the latest information. Critically, if you have a blocked drain, broken pipe or blocked pipe call us now.

We look forward to helping you with our solutions.

What Other issues Cause Blocked Plumbing Pipes and Plumbing Drains?

Commonly, there are many reasons why plumbing pipes and systems may become blocked. In general, nothing other than human waste and water should ever go down our drains. In reality, that is almost never the case as there are many factors in day to day life.

Commonly, fats and oils when built up will cause blockages. In addition, hair is another component that will lead to problems with plumbing systems. Throwing away cigarette buts down drains and toilets is not advisable. Consequently, any foreign object such as toys, cloth and any hard object will cause plumbing issues. Lastly, food such as peas, carrots and other food entering drains will lead to build ups.

In essence, always place a drainage cover in your kitchen sink. Furthermore, never put hair down toilets as this will create a problem. Human hair is tough and difficult to break down. Critically, if you do have a blocked drain contact the experts here at ACE Pipe Relining Blue Mountains.

What are the Consequences of Having a Blocked Drain or Leaking Plumbing Pipe?

As a rule, leaving a broken, blocked or leaking pipe can lead to health issues. Also, in many cases financial discomfort. Basically, if you have a toilet that is blocked you are living next to an open sewer. Centrally, you are exposing yourself and people on the property to a range of bacteria, viruses and potential disease.

Furthermore, leaking plumbing pipes outside have the potential cause a vast array of problems. For example, even a small leaking pipe can lead to excess water bills. As mentioned, small leaks can attract large tree roots in the Blue Mountains which will destroy pipes. Furthermore, can lead to complete sewer collapses.

Consequently, leaking pipes and blocked pipes inside will be extremely detrimental. For example, a leaking pipe inside the wall or roof can make its way down to the very foundations of the property. Meaning, this will cause trouble in sub-floors and create ventilation issues. Furthermore, weakening the very structure of the building.

Last, leaking pipes in roofs are dangerous when it comes to electrical wires and sagging ceilings.

Specifically, certain conditions create Mould. Essentially, warm damp areas are the main components. Critically, Mould can be dangerous to some persons health without question. Leaking pipes will put your property on the road to Mould issues. In general, Mould will be found in bathrooms. However, if you have issues with your plumbing system.

As a note, leaking pipes will attract termites, termites need water to survive. Fundamentally, if you are a property owner then make sure you speak to a pipe rehabilitation expert if leaking pipes occur. Factually, termites cause extensive damage in the Blue Mountains every year.

Lastly, by not addressing leaking plumbing pipes you are attracting pests. For example, rats, mice, cockroaches and birds which can lead to bird lice. In summary, address plumbing issues for good pest prevention. As mentioned, pipes not functioning can lead to discomfort, health issues and needless expense.